This article is a stub. You can help Turbo Wiki by expanding it.

Hardcase is a Tiger Beetle from Turbo: F.A.S.T., He appears in the episode "Crazy Fast".

Hardcase is the opposite of Turbo (except for speed), He mostly tries to be the fasting creature by getting rid of Turbo by using plans the might sometimes get himself killed.

Hardcase appeared in the first episode of the series, "Crazy Fast", where he teases Turbo that he is faster than him, showing that he is a villain. In the same episode he challenges Turbo to a race, which Turbo wins. He returns for revenge on Turbo in "Hardcase Returns", his revenge plan includes capturing Turbo and taking him to the tar pits so he can sink. The plan nearly works until the crew saves Turbo, Hardcase manages to escape the car he was driving, but while he escaping on the telephone wires, he gets electrocuted into the tar pits and sinks (there is not yet comfirmed if his minions saved him from getting himself killed by the tar pits). But later he returns in a new episode named Hardluck Hardcase as a roadrunner parody and later returns in the last episode of Season 1 as a racer. 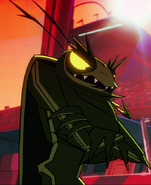 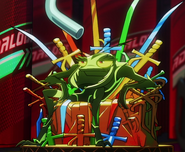 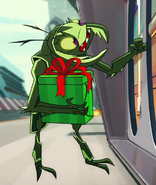 Add a photo to this gallery
Retrieved from "https://turbo.fandom.com/wiki/Hardcase?oldid=7948"
Community content is available under CC-BY-SA unless otherwise noted.